Liz Mandeville is an American vocalist, songwriter, and Chicago Blues Hall of Fame musician known for her versatile voice, high-voltage performances, insightful songs, and traditional blues guitar playing. She has written and produced hundreds of original songs, including the songs on her albums. She has received critical acclaim and has toured internationally. She owns the record label Blue Kitty Music.

Veteran bluesman Gary Gand handles the six strings, driving the band, channeling a bit of Freddie King, Eric Clapton and Jeff Beck rolled into one. Keyboardist Joan Gand grooves on classic Hammond B-3 style organ and blues piano with inspiration from Booker T, Ray Charles, and Otis Spann, all while her left hand is laying down the bass.

Throughout this series of 3 concerts, special guests will join the Gand Band including top notch performers from both Chicago and San Diego.

The Gand Band appears in the new film,”My Name is Lopez” – a documentary about 60s celebrity vocalist/actor Trini Lopez. Trini was a frequent guest performer until his death in 2020. 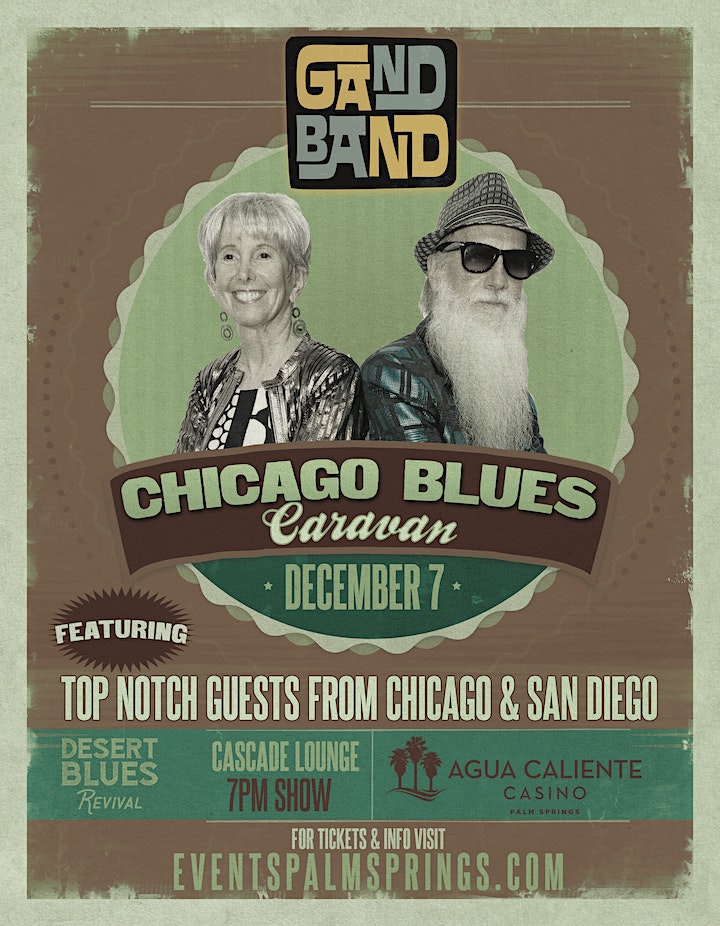